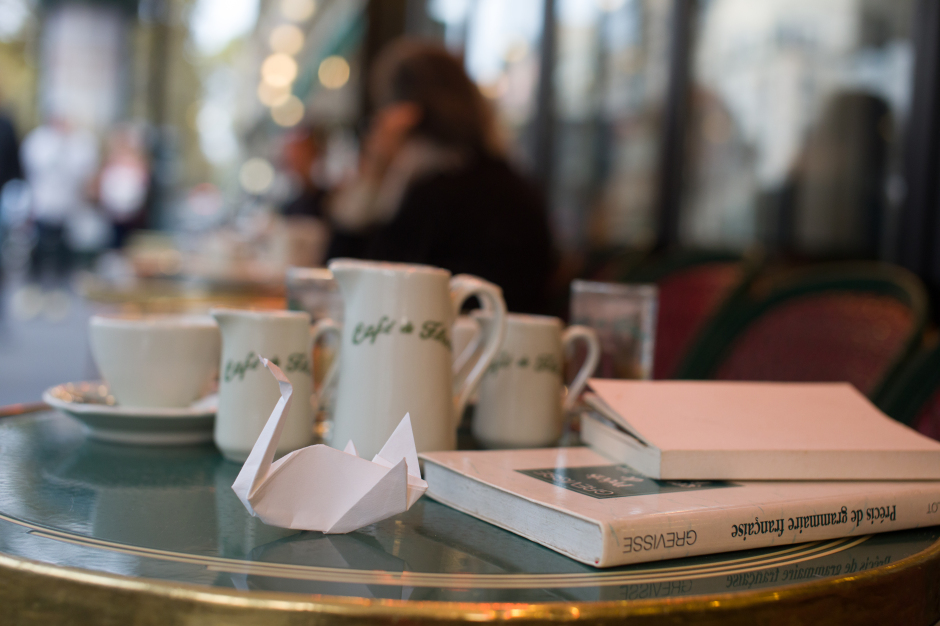 I recently gave a French lesson to a Japanese lady.
She had studied French at university but hadn’t used it for a long time and still had trouble with the grammar and pronunciation…

I have worked with Japanese people three or so times in my whole life and I still don’t understand their mentality.

I did my best to explain the grammar rules slowly. We read a poem together and then I asked her what her passion was to encourage her to speak. Her eyes started sparkling and she became animated. She said that she loved doing origami.

I’m ashamed to say that I had no idea what origami was. I thought that it was something handmade but I didn’t really have a clue.

It was difficult for me at the end of the class to tell whether the lesson had been fulfilling, whether she had understood the rules or not… and I don’t like this feeling.

Then she plunged her hand into her capacious bag looking for something
A moment later a white paper swan appeared in the palm of her hand.