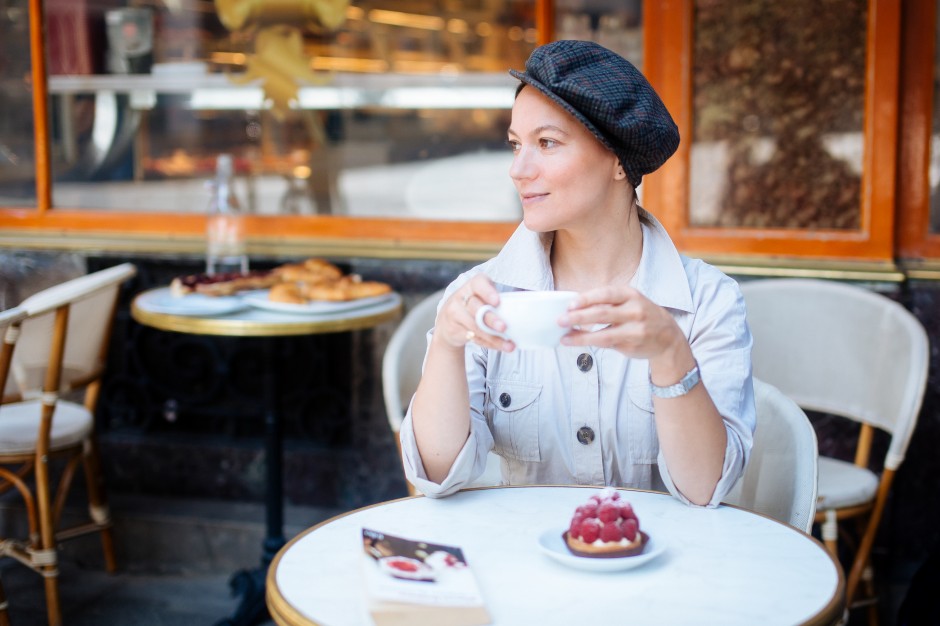 My story with Paris begins with the verb Forget.

I arrive in Paris for the first time at the age of thirteen, it’s my first trip abroad. In my hands I hold a burgundy passport on which is written in gold letters “The Union of Soviet Socialist Republics”, it smells of new leather. All at once I feel like an adult and I love it.

We arrive in Paris in the middle of winter. It’s raining and snowing. I’m part of a dance group which is touring Europe. There are no cultural outings planned for us. We will give several performances in the capital and then I’ll see Paris for a few days from the steamy window of the tour bus.

The last performance takes place in a very tall building. We’re on the top floor. It is strictly forbidden to leave the dressing rooms but with the long wait, the oldest boys decide to go up to the rooftops to smoke. I am the only girl who follows them. Obviously.

The little skylight opens and I glimpse the January fog, my breath is cut by an endless line of damp gray roofs speckled with small cheerfully smoking chimneys.

I stay there for few moments without words but as I gaze around, I promise myself I will return one day.

The next day we leave Paris and the Parisian rooftops are lost in the parade of other cities: Rome, Berlin, Warsaw. My promise is a child’s promise. Once I’m back home I forget Paris completely. Or nearly?

It has been raining in Paris for the last several days

The Seine. A true love story.

Theater in the Marais