Don’t even try telling me that when strolling through the streets of Paris you haven’t seen Her..

I won’t believe you. Of course you have, you just didn’t notice Her at first.

Having seen Her some times and in different places in Paris, you recognized Her, you told yourself “ I have seen Her before, I like it”.

The time after that you stopped to look at Her more attentively to understand… Finally, not seeing her anywhere around you became aware that you missed Her.

She is reckless, self-confident, courageous.

Exhibition rooms are too small for her. She has chosen Parisian walls. She or the image of any woman she created became connected by an invisible thread. They are wedded.

Her image is so real that one can imagine her coming off the wall and strolling Her favourite parisian streets at night. 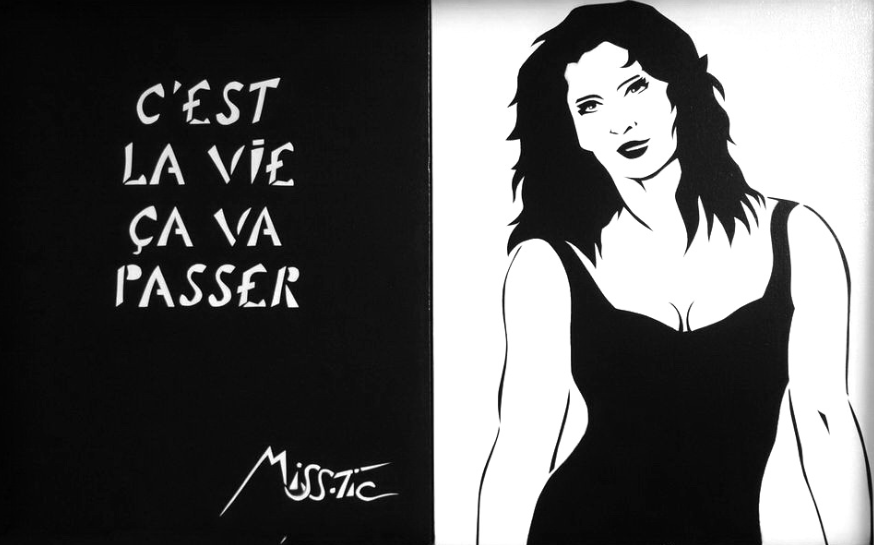 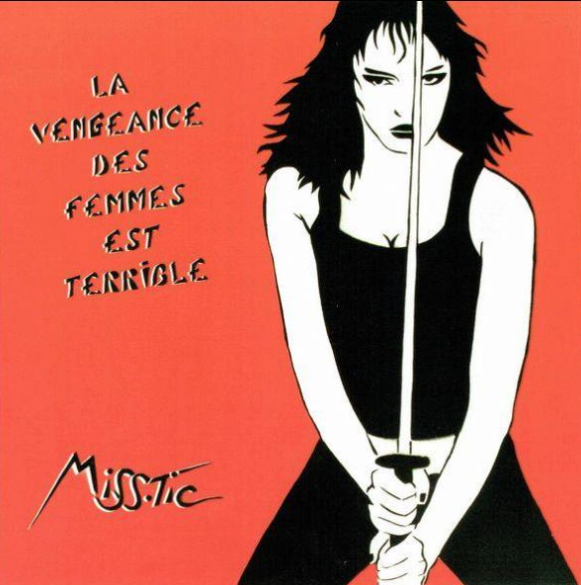 The use of the first person, the game of contrasts and words, the humour. 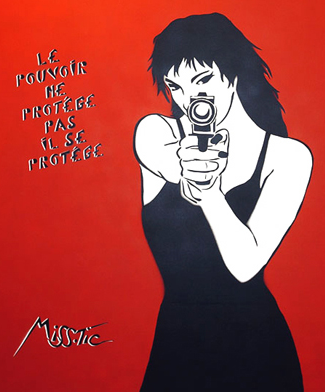 Power doesn’s protect anyone else, it protects itself! 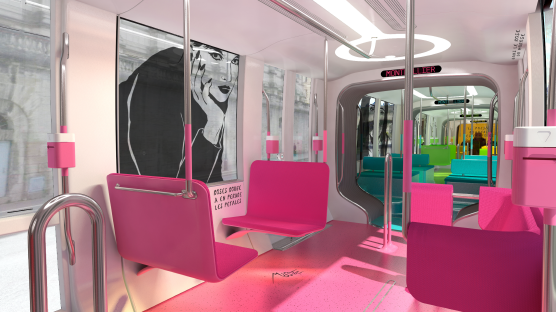 Interior of the traimway in Montpellier

30 years ago her only weapon was a stencil and her talent.

Today Miss Tic is one of the brightest graffiti artists in France.

Opera on the streets of Paris