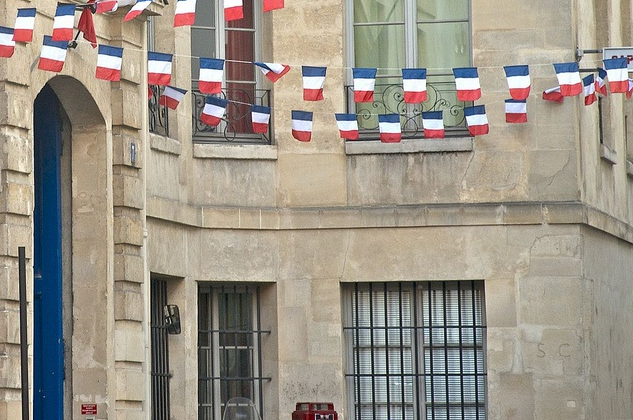 Yesterday it was hot in the Marais, and the Sevigné fire house in the fourth district had a blast celebrating one of the most popular national French holidays – Bastille Day!

I love the 14th of July because I can see many smiling faces on this special day, and it fills my heart with joy. I smile when I see the Parisians leaning out their windows in pyjamas to watch the planes above the parade in the morning sky, picknicking on boats in the afternoon, dancing in the fire stations until dawn, and generally just having fun in the name of Liberty!

Despite being aware of the historical importance of this event, I do not feel it necessary to delve into Bastilles’ fall and the French revolution. I find that this period was somewhat complicated and thus difficult to describe.

However, having been a grateful guest of the Sevigné fire house, I will write a brief history of it and the fire house ball tradition, « Le bal des pompiers ».

« Le bal des pompiers » is as much a part of the 14th of July entertainment program as well as the Bastille Day military parade. Organizing the balls and opening fire stations to the public dates back to 1937. Before this date, the firemen celebrated the event with their families. There is a legend that during one of the fire stations’ celebrations in Montmartre, the passers-by decided to join the firemens’ celebration. The event was a great success and so the tradition was born. Since then, each year, the public all over France is invited by their local firemen into their “home away from home”.

So let’s move step by step.

Sevigné, the oldest Parisian fire house, was founded in 1814.

The part of the building which is now the barracks dates back to the 17th century, when a Renaissance family’s mansion was transformed for a relative of cardinal de Richelieu by the architect François Mansard. It was confiscated during the Revolution, and the firemen moved there in 1814. 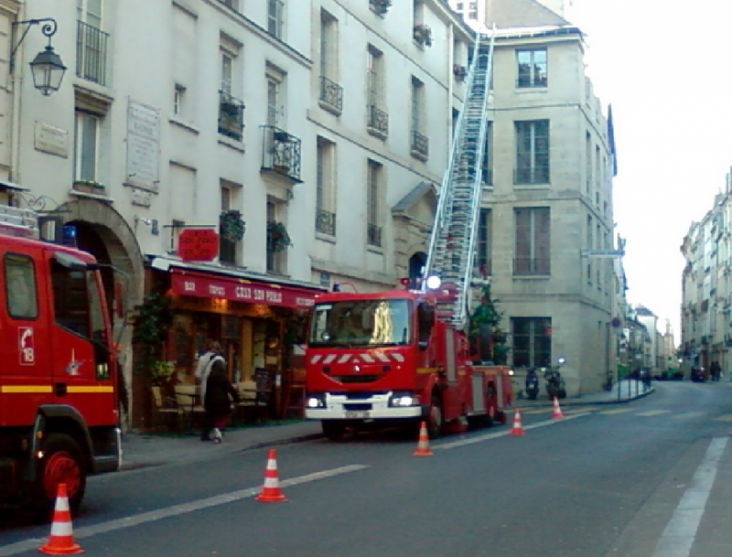 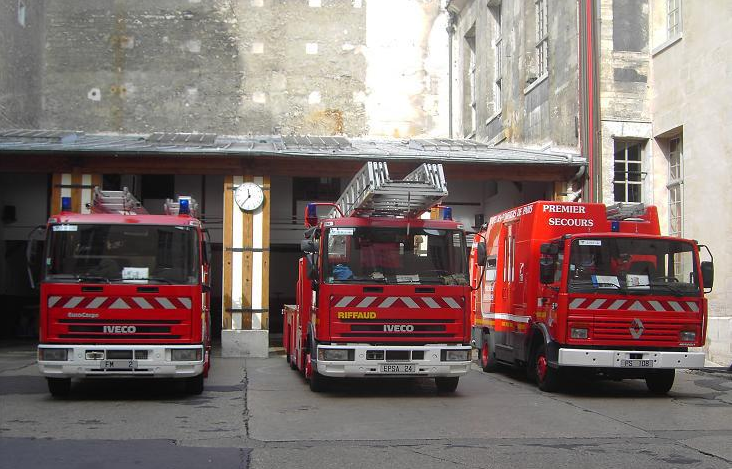 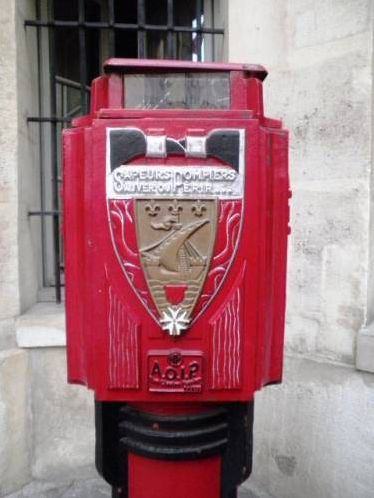 In French, the firemen are known as « sapeur – pompiers ».

Sapeur refers to the first official firefighting unit created by Napoleon I, which was part of the military engineering division. Pompier etymologically comes from the concept of pumping (water) and refers to the manual pumps that were originally used.

Les sapeurs – pompiers – were created by Napoleon I in 1811 to fight fire, floods and to bring first aid to victims. Certain teams are exclusively dedicated to the protection of cultural heritage sites such as the Louvre, Invalides, and the Musée d’Orsay.

An interesting fact : The firemen first used “la vieille pompe a l’incendie”, also known as “pompes a vapeur fumante”, which produced lot of steam. The French expression « Fumer comme un pompier », or in English “to smoke like a chimney” was born due to this system, even if its original meaning had nothing to do with smokers.