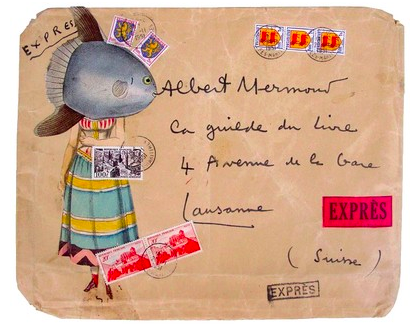 « Cinema has never been silent, it has always had so many things to say » - Jacques Prévert

An extract of a poem we love:

« An orange on the table, your dress on the rug, and you in my bed, sweet present of the present, cool of the night, warmth of my life… »

Jacques Prevert – “a permanent flow of poems ”, eager for words and language is the French poet and screen writer…

What did he do?

– created a “popular” language for poetry that was accessible and understandable: with the simplest words he managed to speak of love, life, tragedy or funny stories…

– helped to create as a screen writer some of the most influential French films of the 1930s and 1940s, including the beloved “Les Enfants du paradis” (The Children of Paradise)

Jacques Prévert became France’s most popular poet of the twentieth century with the publication of his book Paroles in 1945.

Why we love him?

– he hated war and stupidity

– he didn’t care about rules when writing :))

– he was sentimental and wrote a lot about love

– he had a wonderful sense of humor

His addresses in #Paris: There is no place in Paris where Jacques didn’t live and write, though his favourite district was the 6th where he spent his childhood and youth. Another address is Cité Véron at the foot of Montmartre.

Your private event in Paris

Where does the word “bordel” comes from ?

Opera on the streets of Paris